You are here:Home»* Must Try *»House of Li Xiang – Fancy Some Affordable Mee Rebus for Lunch?

The owner owns not one,but three stalls under the name "House of Li Xiang".We were here to visit the stall which sells ONLY mee rebus and mee siam.We hear it's really cheap! 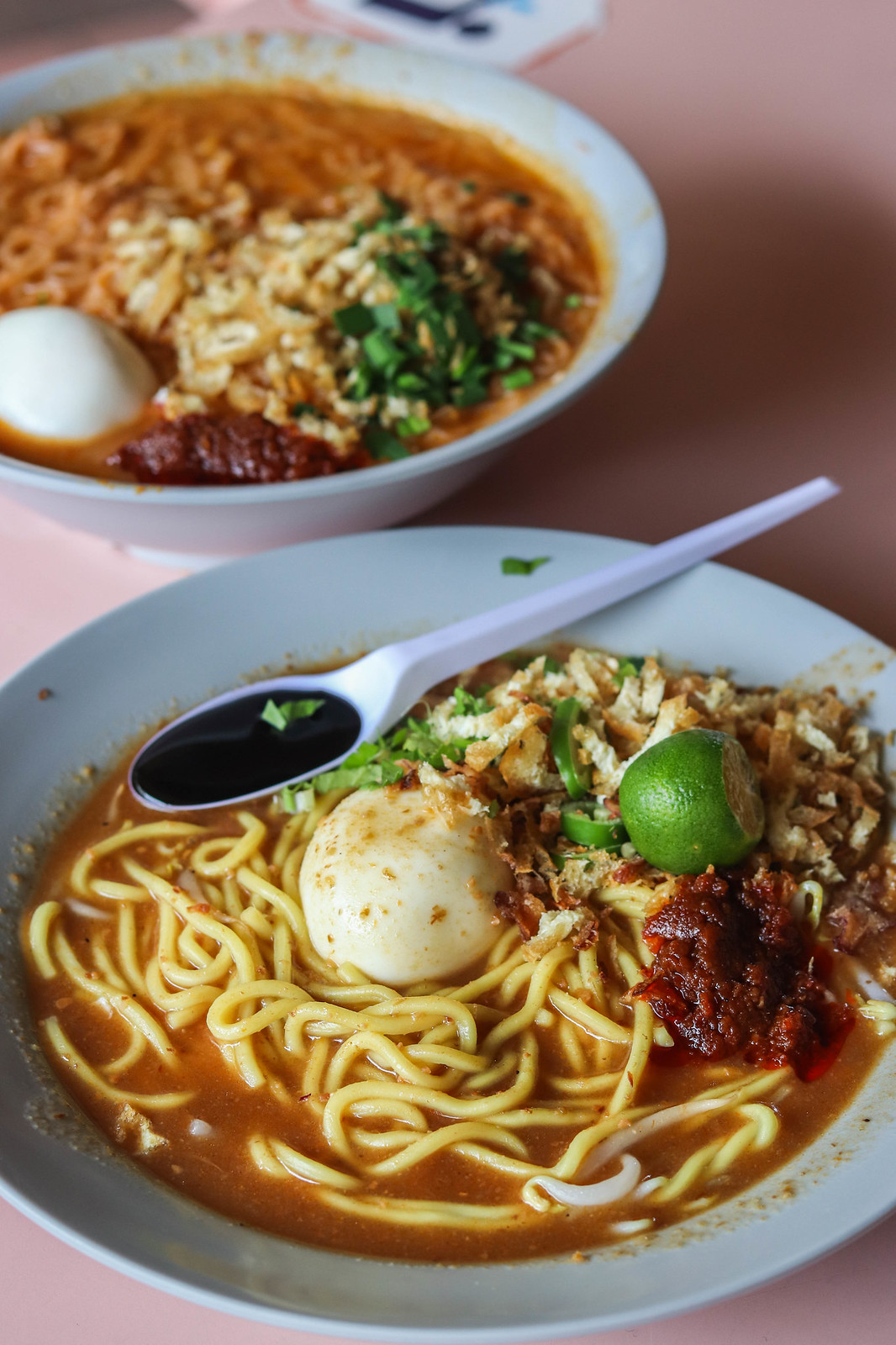 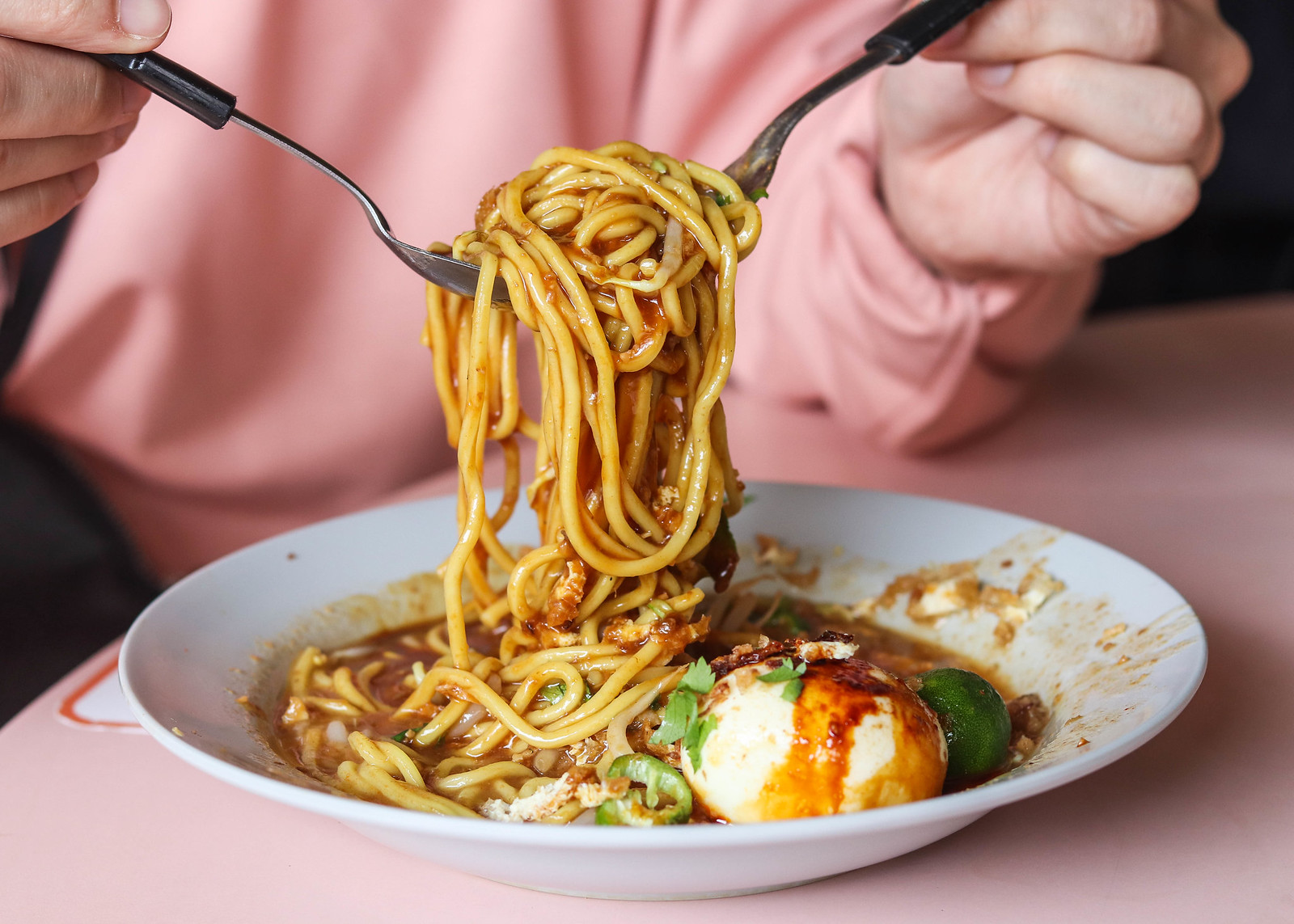 My favourite of the two dishes is the Mee Rebus (small $2.50,large $3).For starters,the gravy was seasoned adequately.The lovely sweet and savoury notes won me over.There's something about yellow noodles soaked in a viscous and lumpy gravy that makes me drool.Don't expect the sauce to be out of this world though. 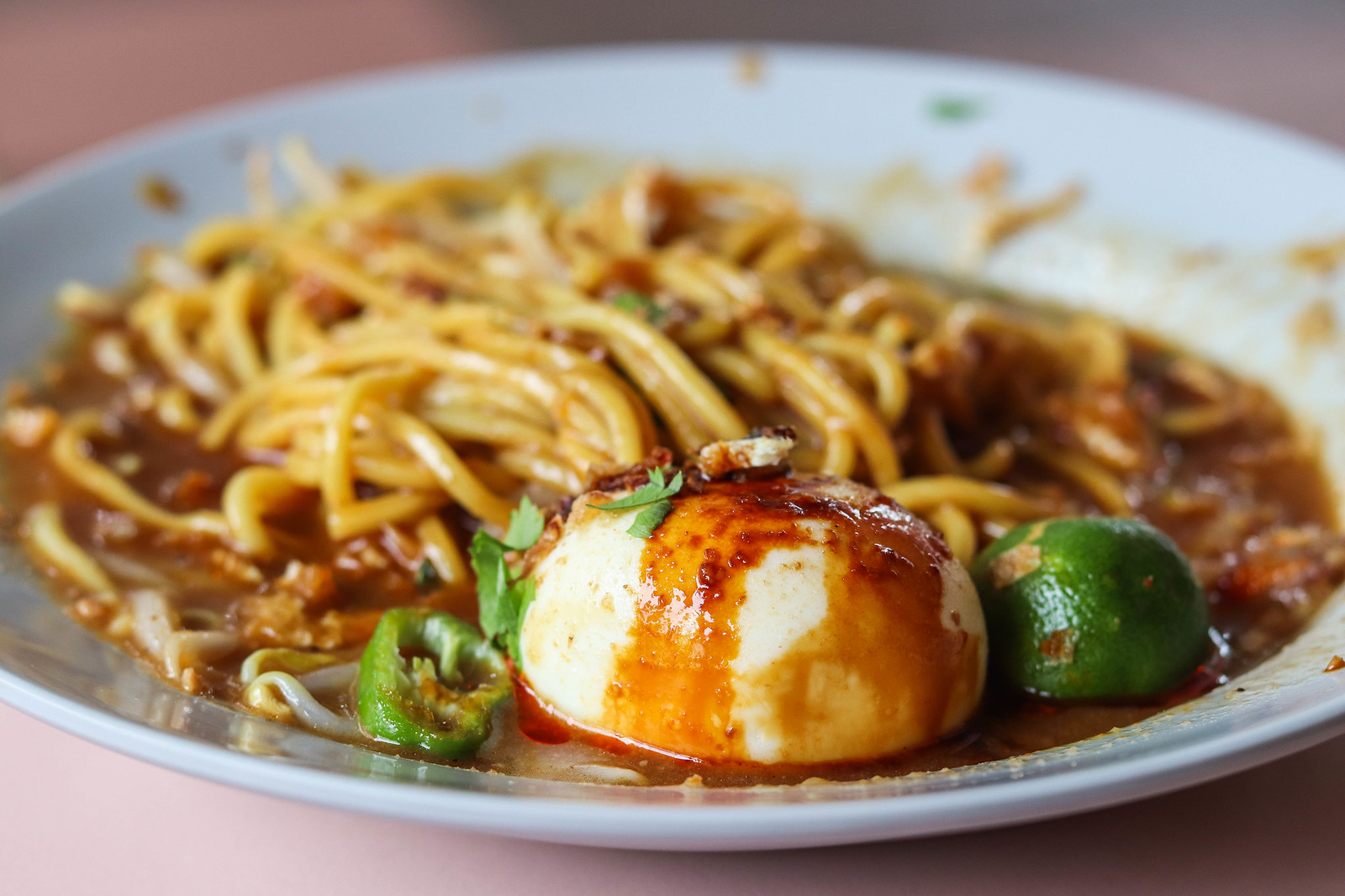 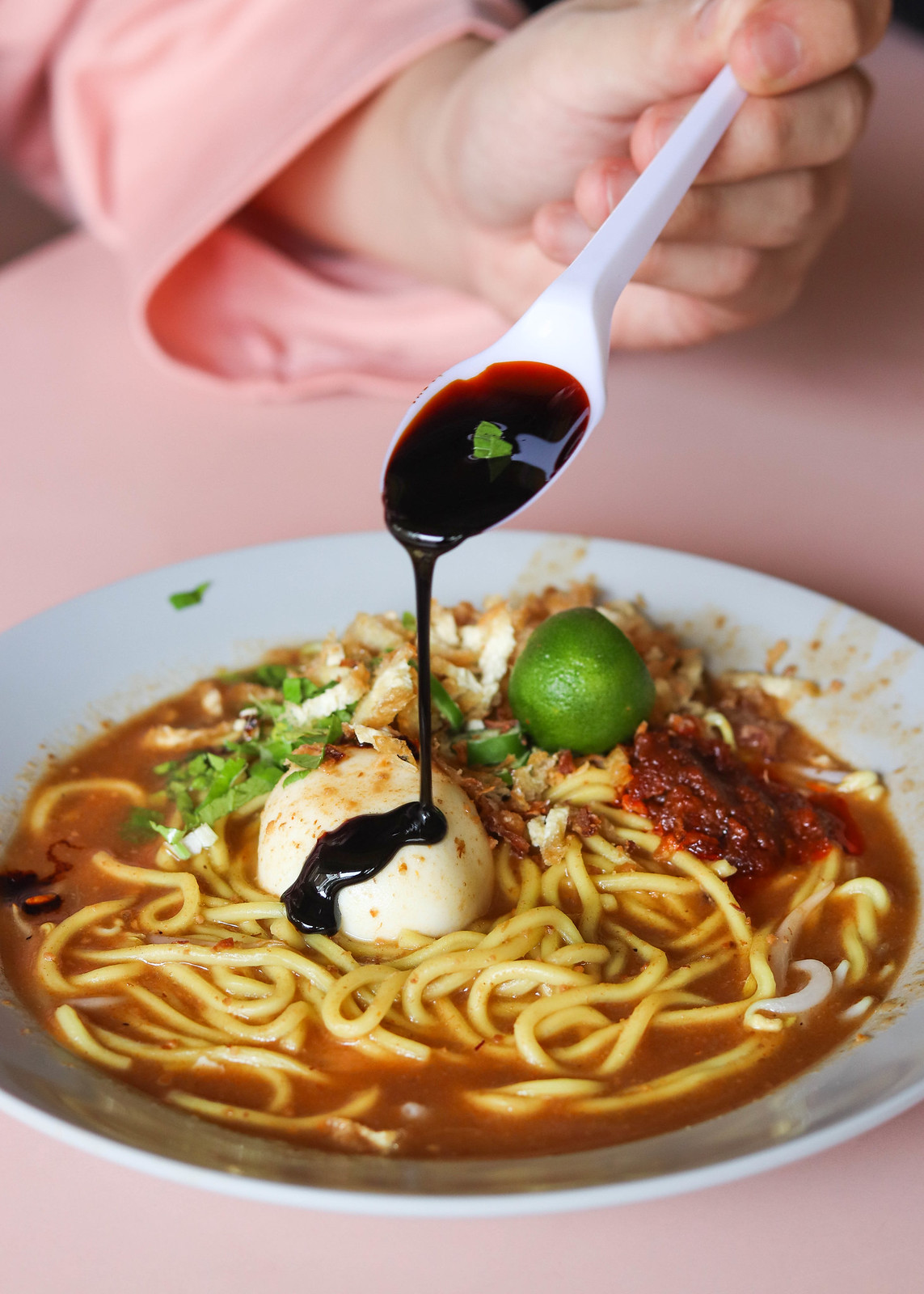 The dish felt complete.I loved that there was a good amount of thinly sliced tau kwa,and not too much bean sprouts.Remember to sweeten the boiled egg with a drizzle of sweet dark sauce.If I were to state one complaint,it would be that the chilli paste could have been made spicier.For $2.50,I'll say that the mee rebus was pretty good. 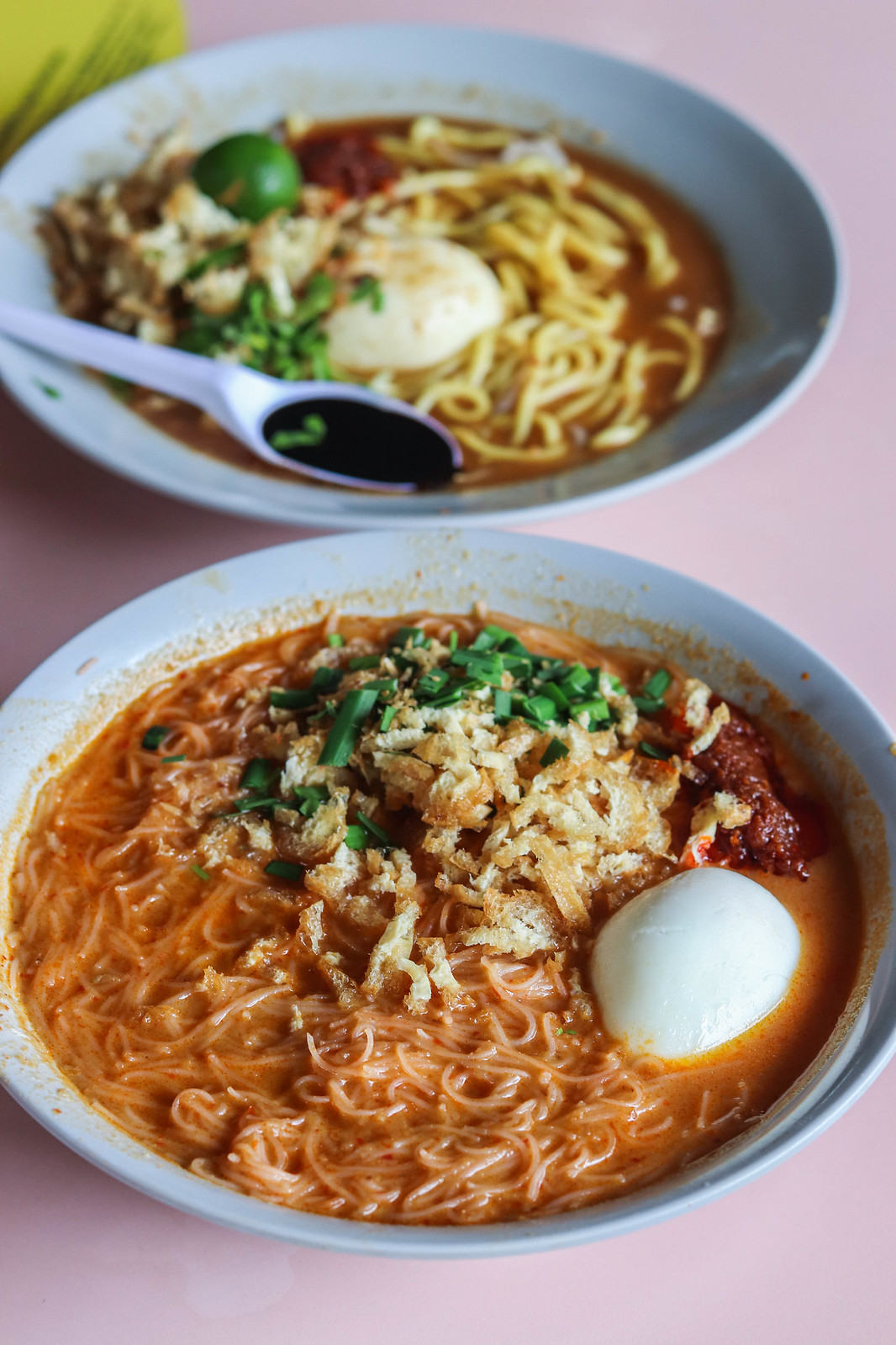 The Mee Siam (small $2.50,large $3),on the other hand,leaves much to be desired.My team found the dish satisfying,while I didn't think too highly of it.The smooth gravy had a good sweetness and tanginess,but it lacked that oomph factor. 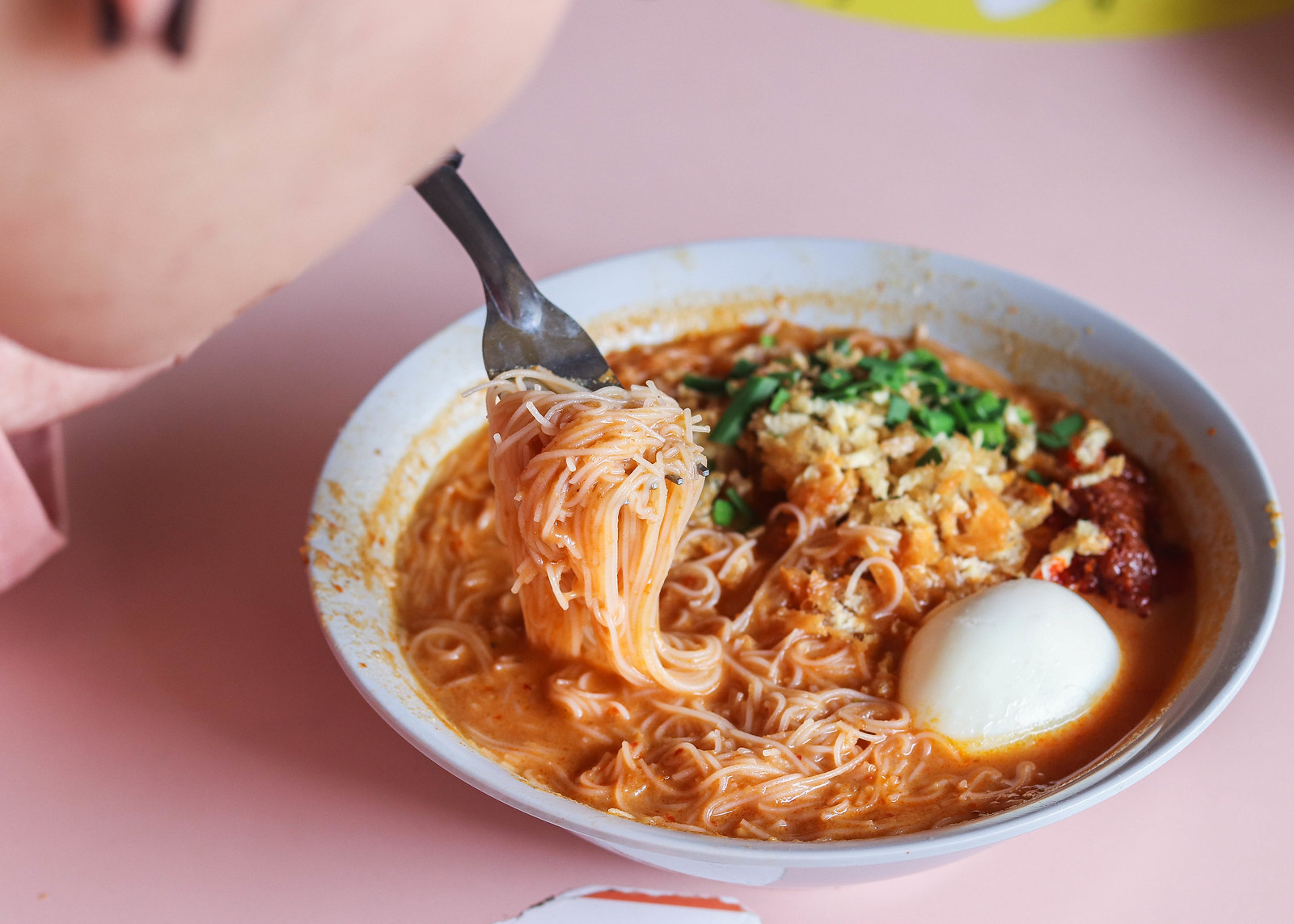 Perhaps,what was missing was that prominent sourness and spiciness that you get with good mee siam.Nevertheless,the flavour of the gravy paired nicely with the cut up white vermicelli.Sadly,the mee siam became jelak after a couple of mouthfuls. 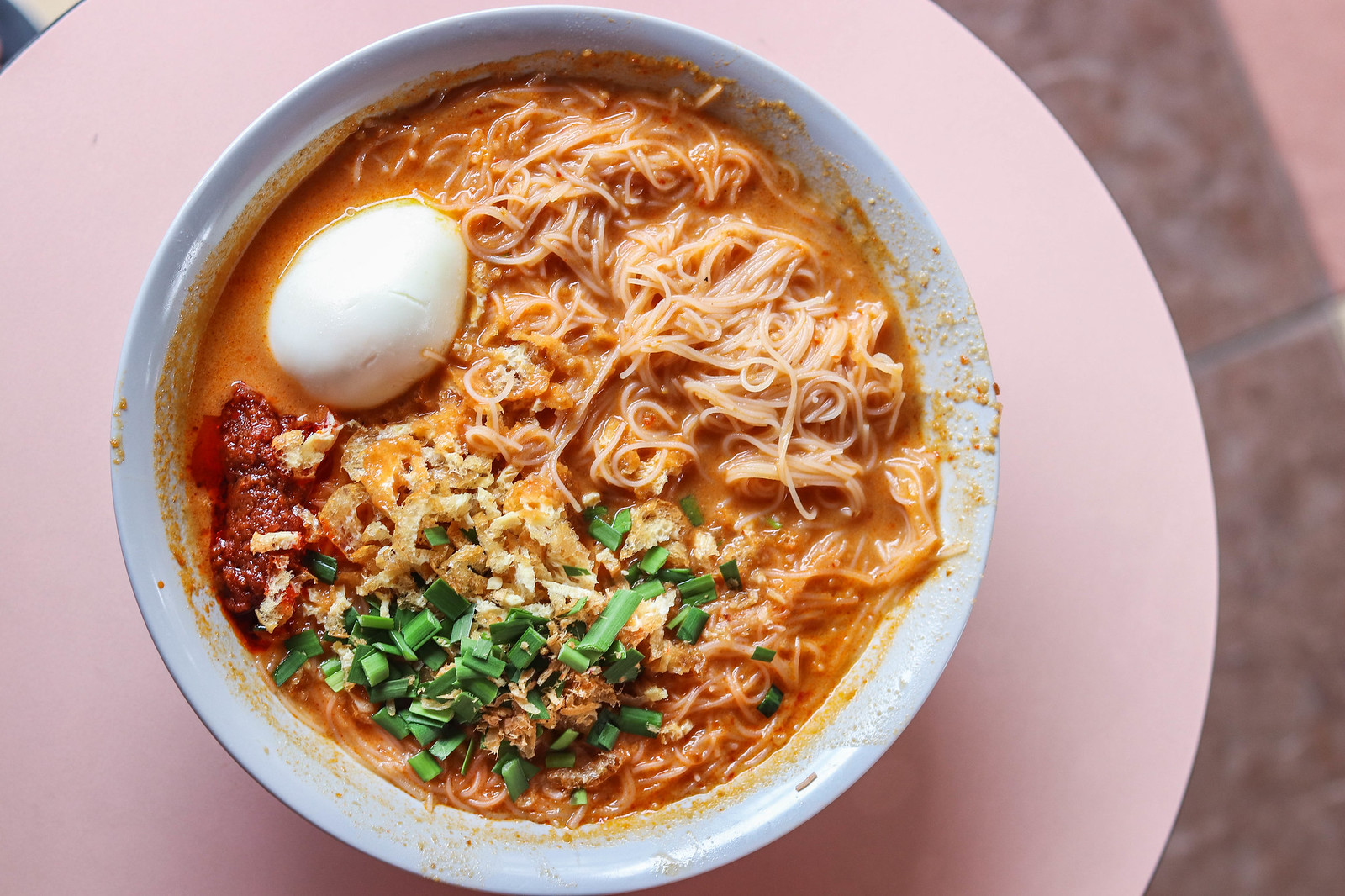 If you're a fan of hae bee hiam,you'll probably swoon over this bowl of mee siam because the fragrance of  dried shrimp is very distinct. 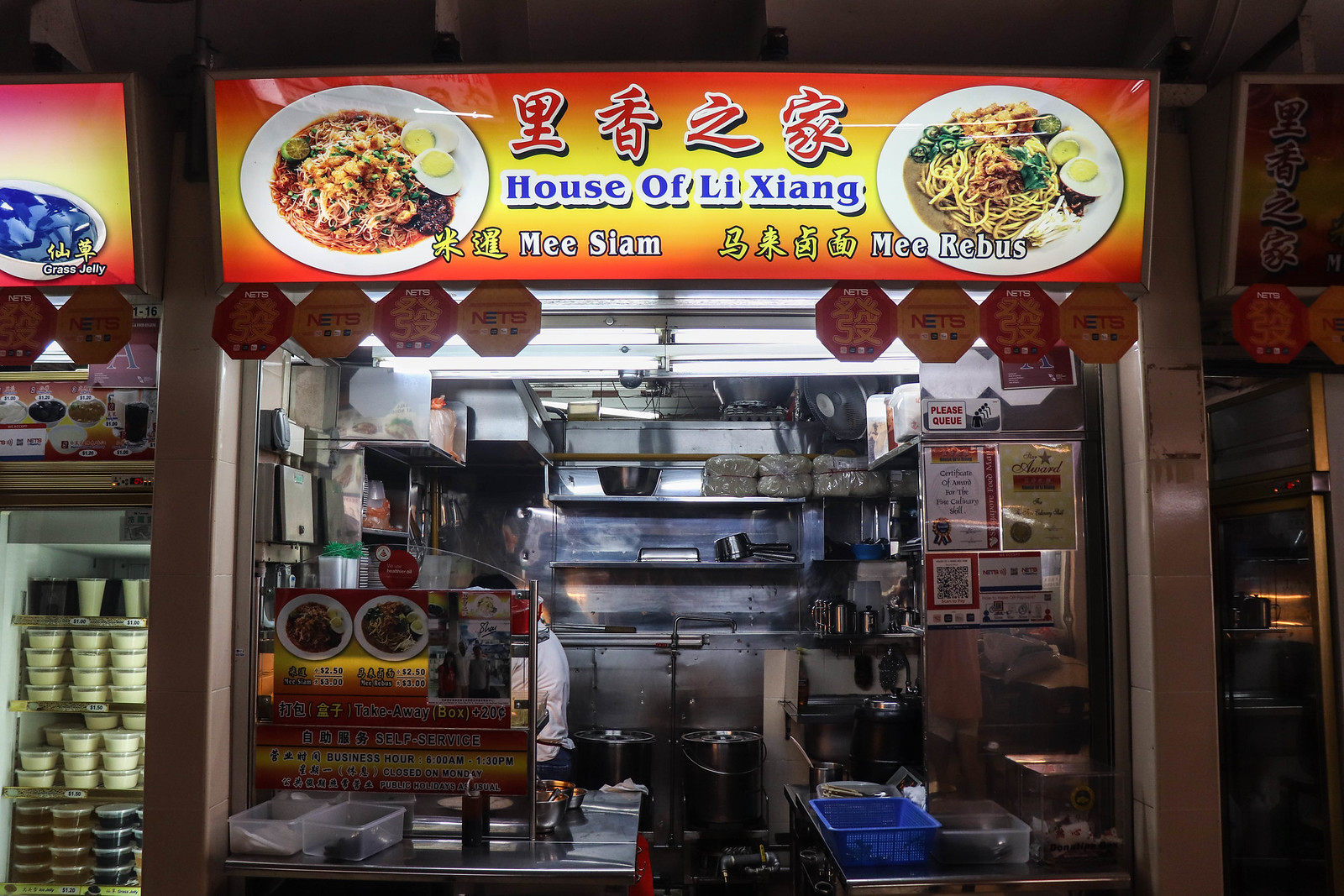 It's cheap and it's tasty,so what's not to like?House of Li Xiang is an excellent place to grab lunch,especially if you're craving for good and unpretentious hawker fare.Come prepared with a huge appetite and empty stomach as the portions are huge.You can patronize their beverage stall for some soya bean too.

Let's build a food community that helps to update the food news in Singapore!Simply comment below if there's any changes or additional info to House of Li Xiang.We will verify and update from our side.Thanks in advance!