You are here:Home»* Must Try *»Al Mahboob Indian Rojak – Go Nuts with Their Gratifying Peanut Sauce! 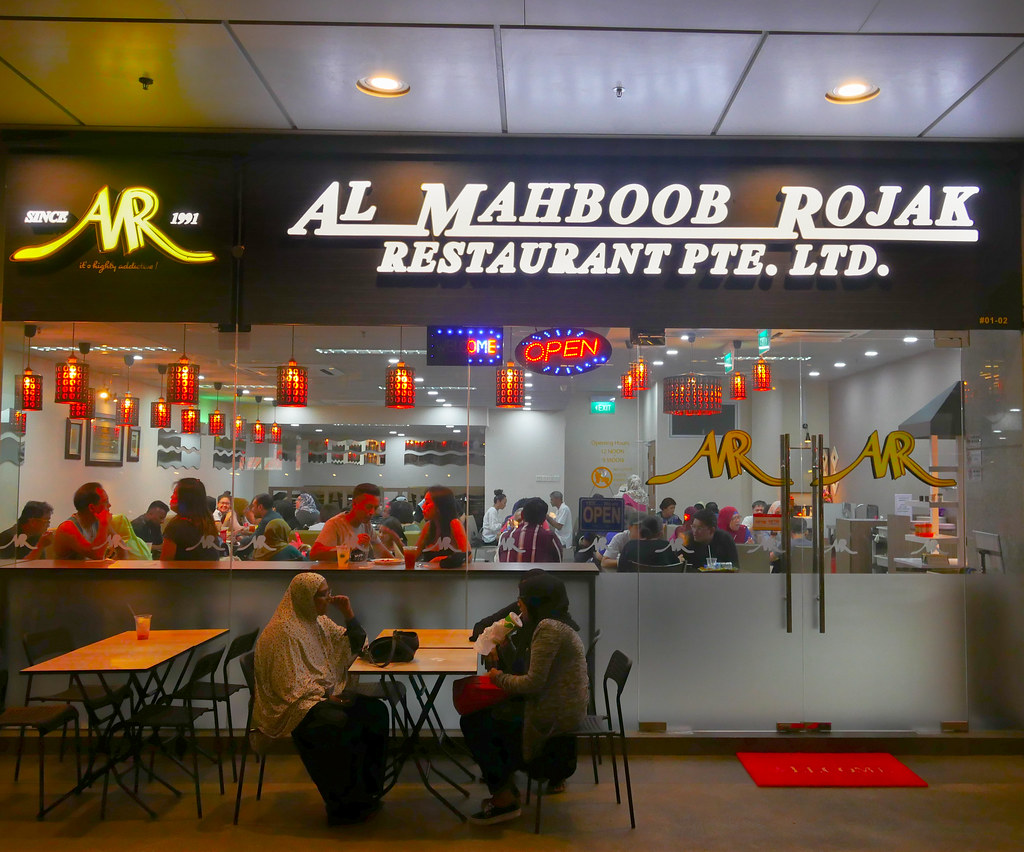 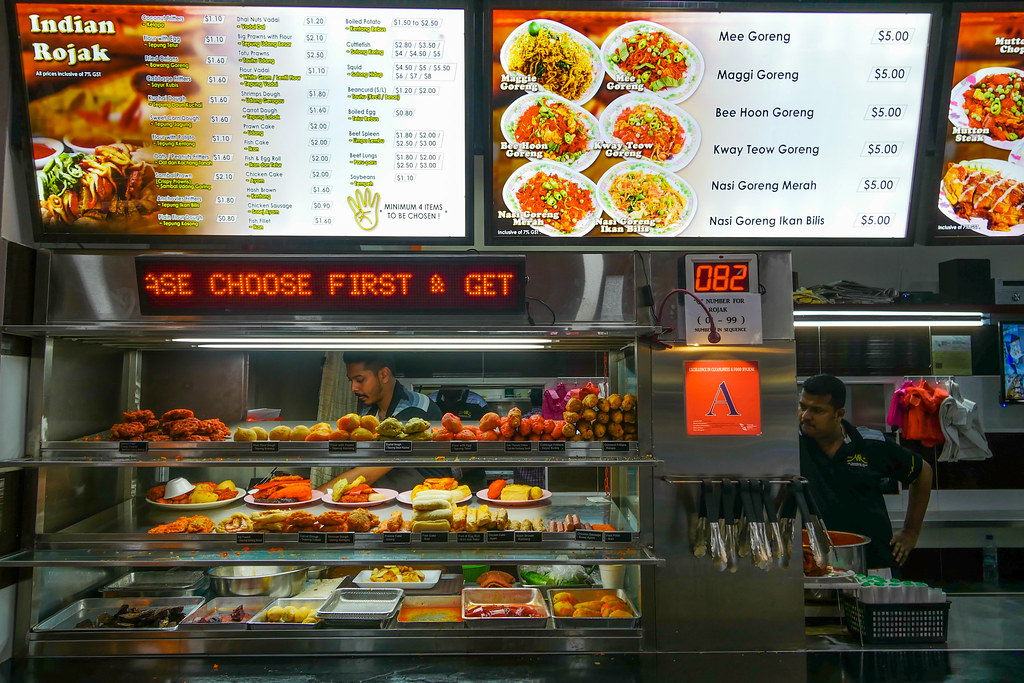 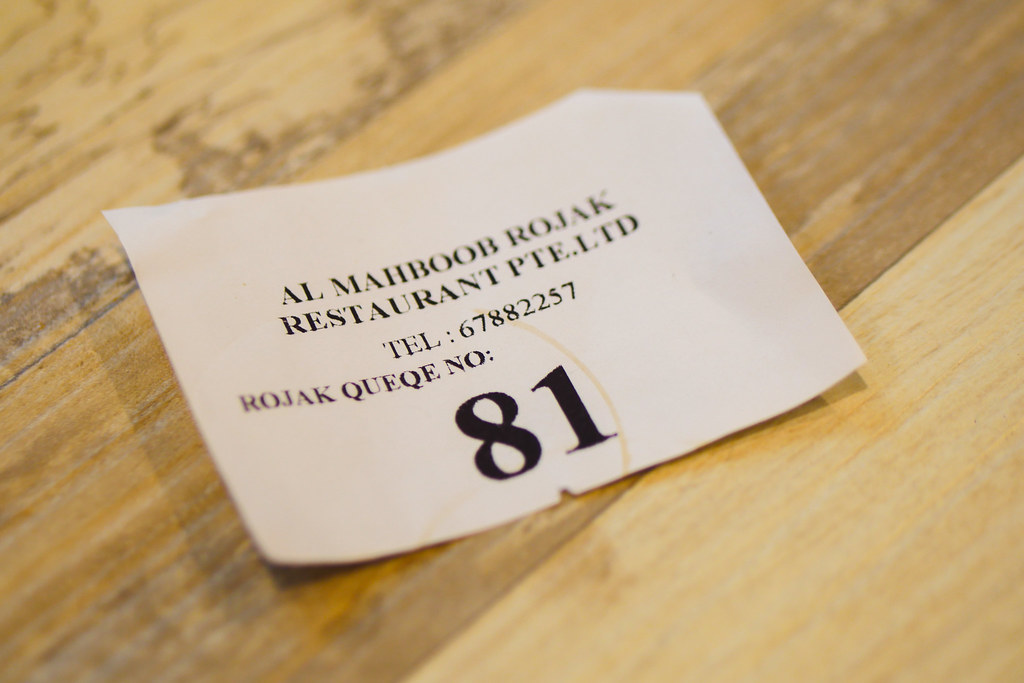 Online reviews raved about this Indian Rojak stall since its official opening at S11 Food court in Tampines.They have now relocated to NTUC Income Tampines.I headed there and,oh my,the hype was real.On a Friday night,we arrived at a seemingly queue-less restaurant that was packed with diners.I thought we would get our food after a while,but boy was I wrong.After picking out the ingredients for the rojak,we were issued a queue ticket with the number 81 on it.The queue number then,was 63.And that was just the queue for rojak. 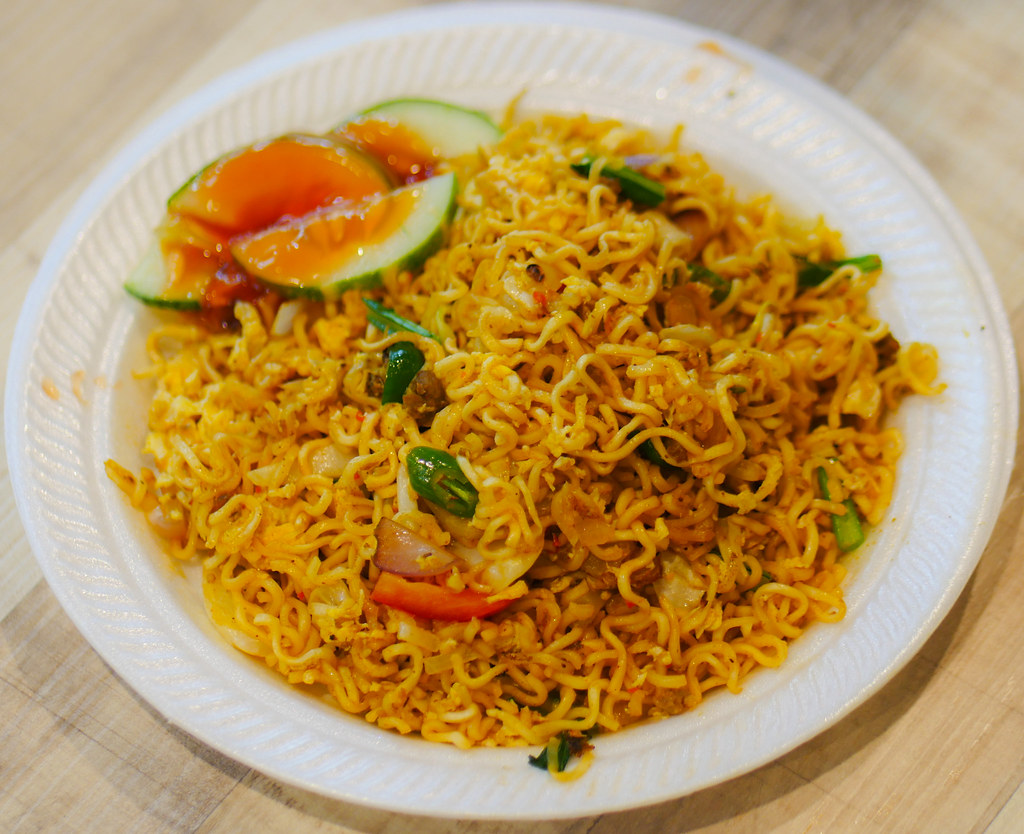 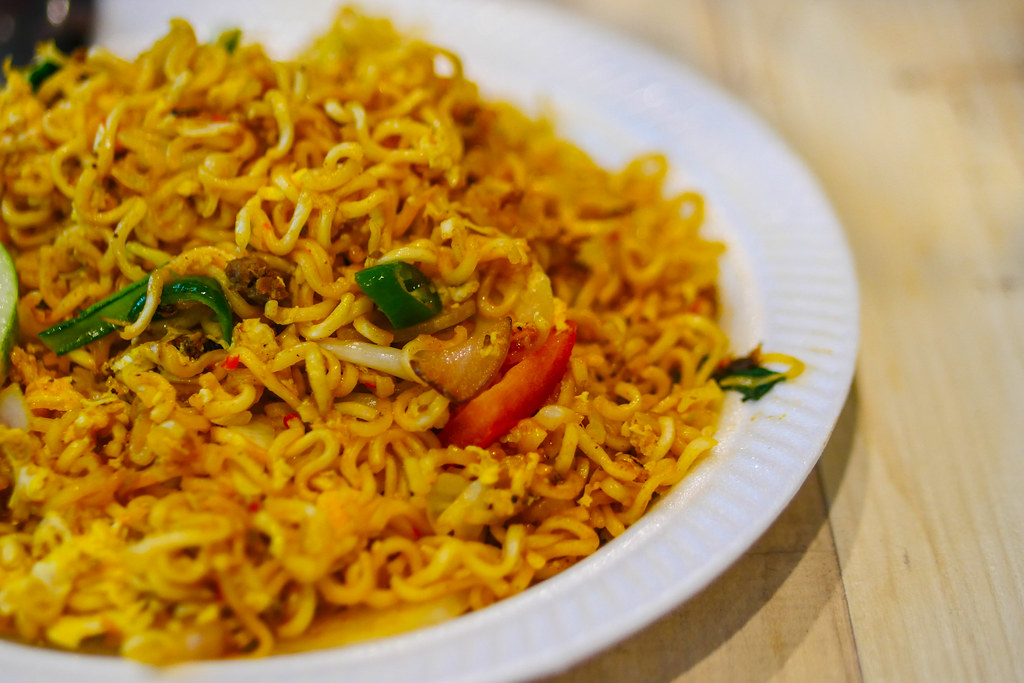 We ordered the Maggi Goreng ($5) which took a shorter time to arrive so definitely order a plate to share while waiting for the rojak.The seasoning on the maggie goreng had the right amount of sweetness and saltiness.The noodles could have been taken out a minute earlier,as it had a slightly mushy texture.The mildly spicy noodles were stir fried with bits of eggs,tomatoes,onion,vegetables and mutton. 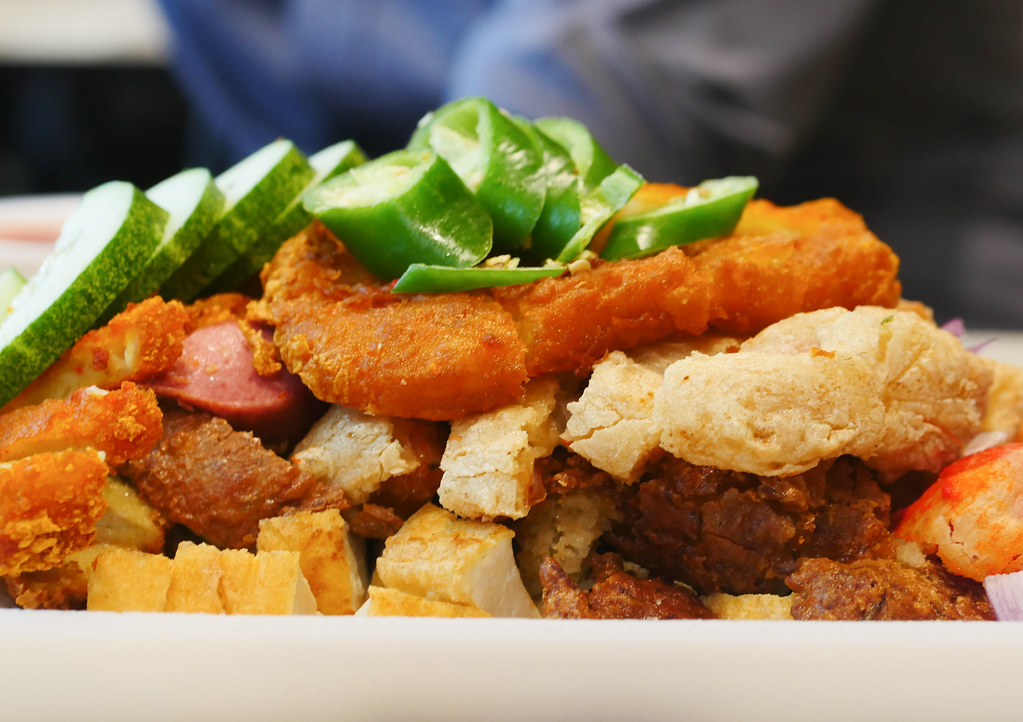 We waited close to 45 minutes for this plate of colourful goodness.Behind every successful rojak is,of course,花生酱,which is made from more than 10 ingredients,such as chilli powder and root vegetables.Don't be fooled by the deceptively simple appearance of the sauce,which will blow your mind.The smooth peanut sauce was flavourful,tangy,and carried a slight hvwin备用eat.If you run out of peanut sauce,you can always ask for another bowl. 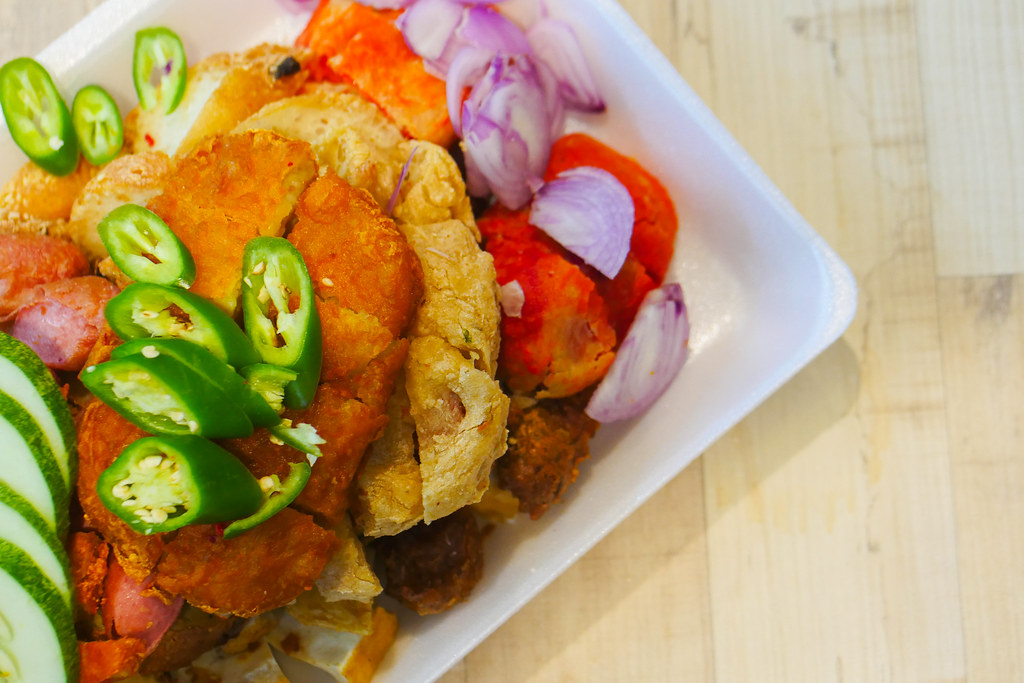 Enjoy the Big Prawns with flour ($2.10/pc),which sees a whole prawn covered in delicious fried batter that tastes delicious even on its own.The hash brown ($1.60/pc) is like an evolved form of McDonalds' hashbrowns – crispy on the outside and moist on the inside.It remains crispy even after being left out for a while!The coconut fritter was also soft and fragrant too. 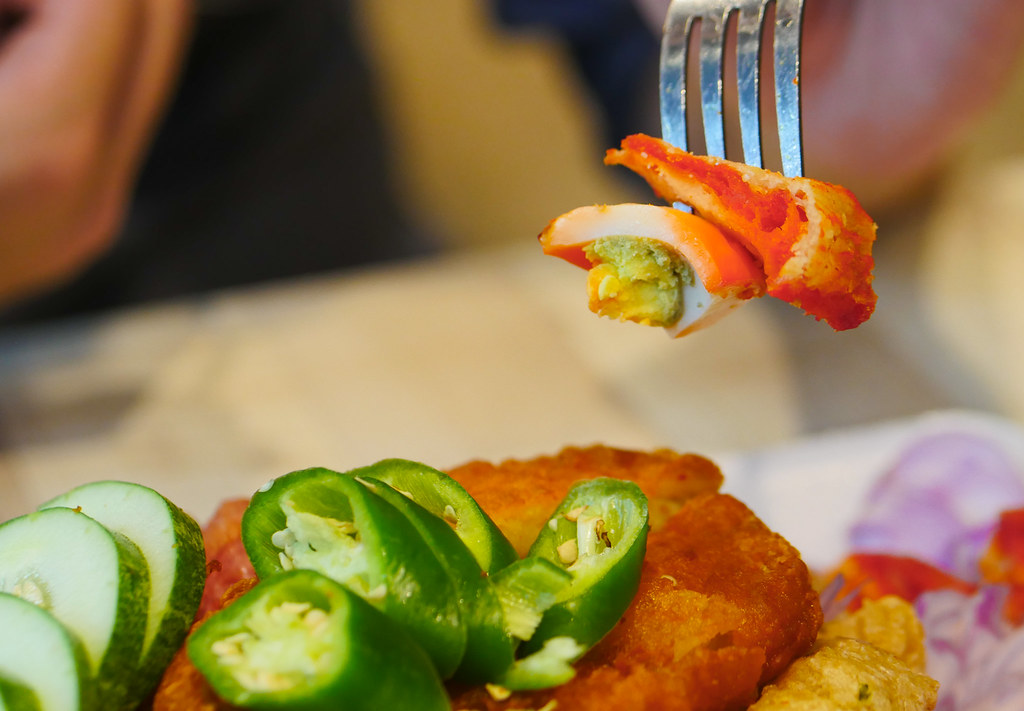 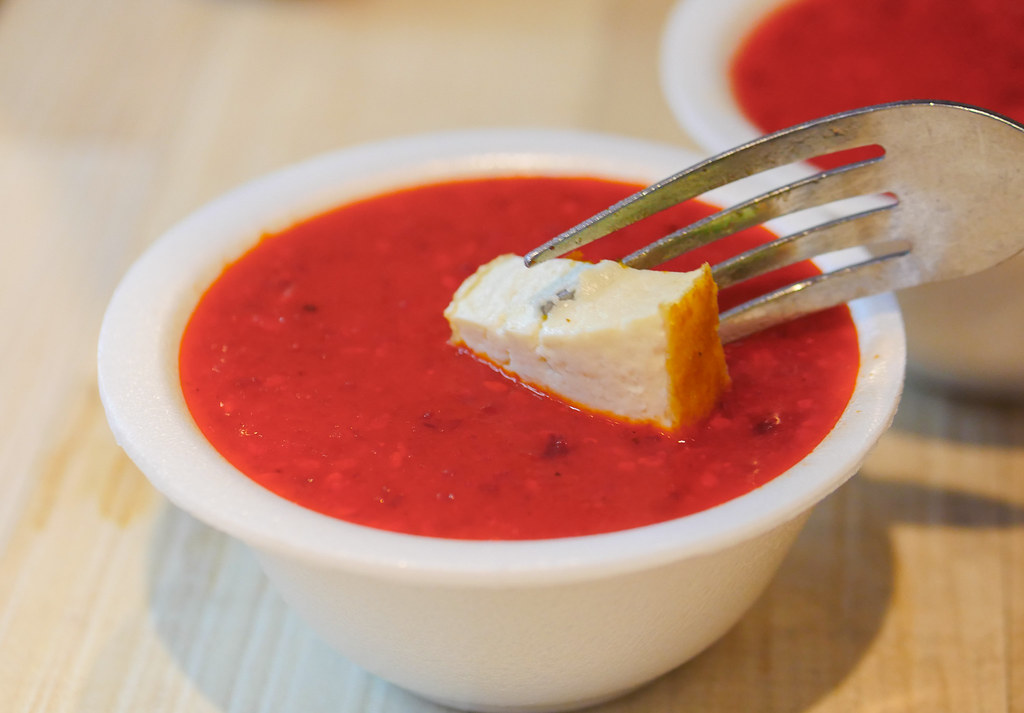 I was a bit disappointed with the Chicken Cake ($2.00/pc),which had a mushy texture and tasted a bit artificial.The beancurd ($1.20/pc) was also run-of-the-mill,but pair it with some of that delicious peanut sauce for a sweet,and spicy ending. 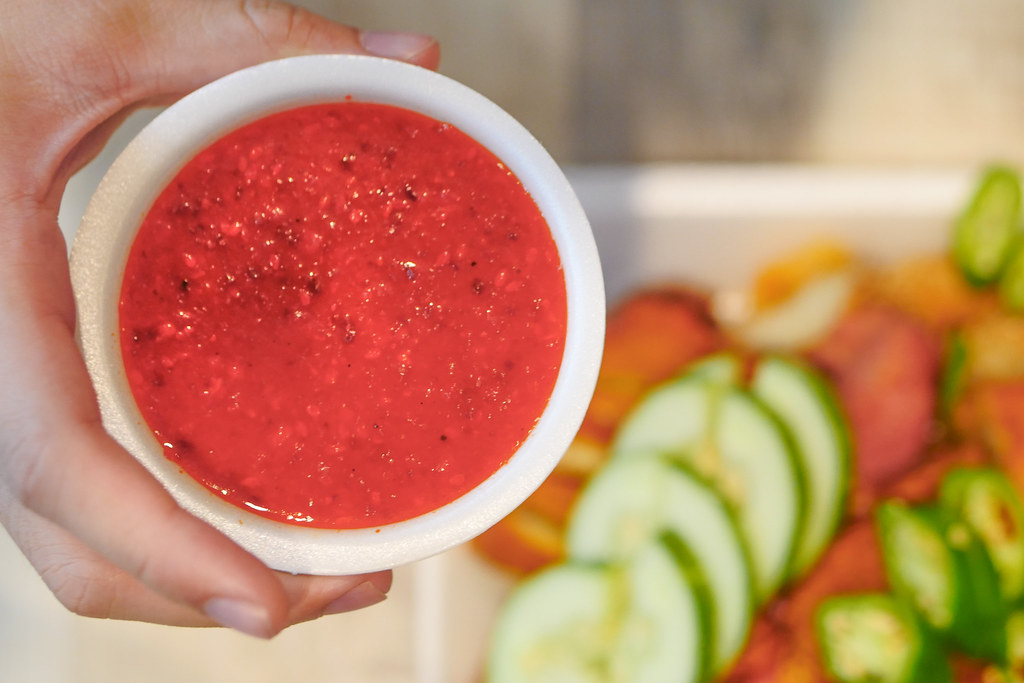 This was possibly one of the best indian rojaks I've ever tried.There are more than 30 ingredients that diners can pair with their to-die-for peanut sauce.What's not to love?There are also other classic ingredients such as chicken sausage ($0.90/pc) and fish fillet ($1.60/pc).Spice lovers will also fall in love with this place as everything is lightly seasoned with spice.Satisfaction guaranteed!Irresistible as it may sound,you have to be prepared to brave the queues which may become unbearable during peak hours.Note that they close on alternate Wednesdays!